You are here: Home / Coupons / Save Money By Cutting Back on Coupons

Let me start by saying that I am a HUGE fan of coupons. I have used hundreds of coupons in my lifetime and will continue to use coupons. I also love finding good deals. However, lately I have noticed that since cutting back on using coupons, I have actually SPENT less and have SAVED more.

When I first started couponing and studying how everyone else was doing it, I was hooked. I was in the stores often, trying to score the best deals that everyone else was getting. Even if it meant that I necessarily didn’t need the product, I had a coupon and was getting it for next to nothing. I spent hours searching for and clipping coupons, and hours each week in the stores searching and spending.

A few months ago, I noticed something strange was happening. There were NO coupon inserts in my local Sunday Paper. I was paying about $20.00 quarterly for my subscription and every Sunday I looked for my inserts and found NONE. I called the newspaper company and found out that they were having problems with the companies that were in charge of the inserts and would not be putting them in the papers until the problem was solved. My “frugal” decision was to cancel the newspaper subscription and just deal with the fact that I couldn’t participate in the deals that I was finding online. Canceling my newspaper subscription also meant that I was going to stop receiving store circulars each week. Ever since I canceled my newspaper subscription, I have noticed something interesting.  I have SAVED more money–and time. There are several reasons for this:

1. I am not paying $20.00 quarterly for my newspaper subscription and have stopped buying newspapers altogether.

2. I am not clipping unnecessary coupons and spending money on products that I do not need just because I “think” I’m saving money. I found that I was buying more “junk food” with coupons because I thought it was going to save me money. I am not a fan of junk food, so the “advertising” is what sucked me in! I also threw out a lot of these “great deals” because I never ended up eating or using the product=money in the trash.

3. With the store circulars out of sight, shopping is out of mind. I am RARELY in the stores buying because I want to get the “good deal” that isn’t necessarily needed. Keep in mind that coupons are a form of advertising. When they are not in front of you, most likely, you won’t be thinking about “needing to buy it.”

Let me repeat what I said in the beginning. I am a huge fan of coupons and will continue to use them. However, I will NOT be an “extreme coupon user” like I had in mind at the beginning of my coupon adventures, because I don’t find that it is necessary. If I have to buy a bigger house and storage units to store all of the “freebies” and cheap deals I have found, then I am not sold on the fact that coupons could be saving money. Using coupons MIGHT be doing the opposite for you. When I clip coupons now and in the future, I am ONLY clipping coupons for products that I already know that I regularly buy.

If you are a coupon user, take a step back and study your situation. Are coupons “really” saving you money? They may be–they may not be, but in my own personal life, I have noticed that since cutting back on using coupons, my wallet is a little fatter these days–and that is not a bad thing! 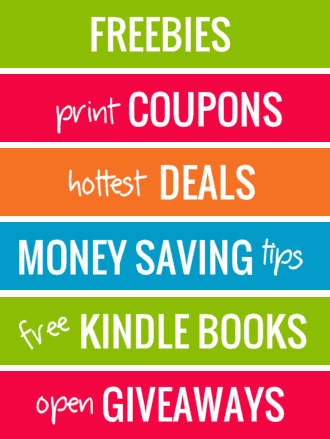